Pillar Point Bluff is a great place to experience the ocean and relax in the sun, however, I do not recommend it for reactive dogs. The 220 -acre bluff is a popular hiking and biking spot. There were a lot a people (and off leash dogs) down inside the cove on the beach (highlighted in red in map below).

The parking lot (near Pillar Point Marsh) was packed when we got there and there was a line of people waiting for parking spots when we left (and this was on a Friday during January!). There were a lot of contradicting signs regarding dog rules in the parking lot and at the trail head. Some signs said “no dogs” and signs literally posted two feet away (and in one case on the same post) said “dogs on leash only”. I got clarification from a regular in the parking lot. The park recently updated their rules to allow dogs (and I was able to confirm this information online). 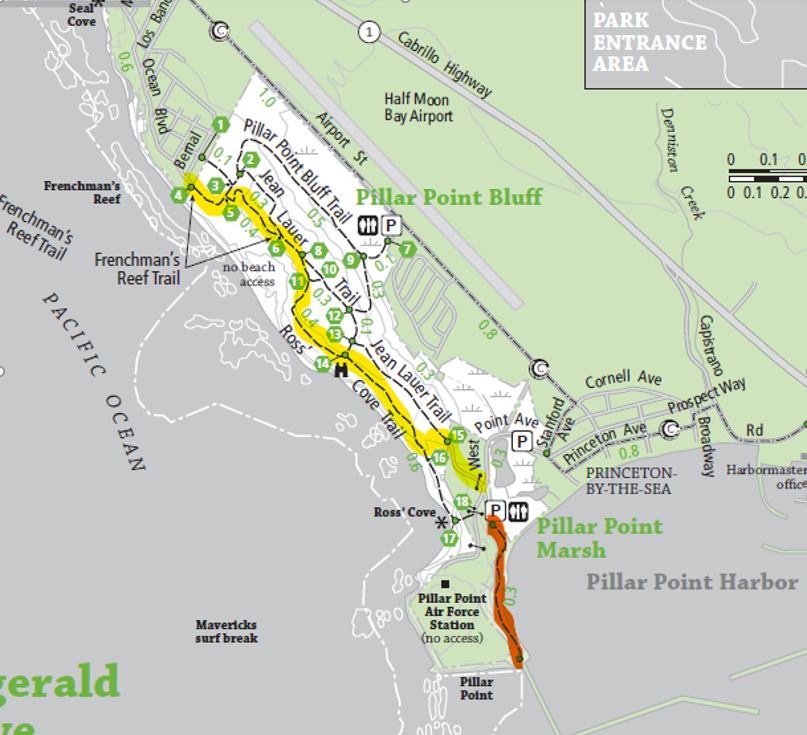 Odin and I hiked the out and back trail highlighted in yellow. We saw a total of 6 dogs while we were on the trail; one of them was off leash, however the dog did not bother us. 3 of the dogs we were able to avoid as we come upon them at forks in the trail and we used those forks to create distance. 2 of the other dogs we had to pass while on trial. Odin did the best he has ever done with his reactivity and was successfully able to pass the two dogs (small breeds) without reacting. I was very proud of him and his behavior. However, these trails where a lot tighter than I was comfortable with. Starting out the hike, the trails seemed wide but they continued to get narrower and narrower as we continued on. Most of the dogs we saw on trial were near the #4 and #5 on the map. 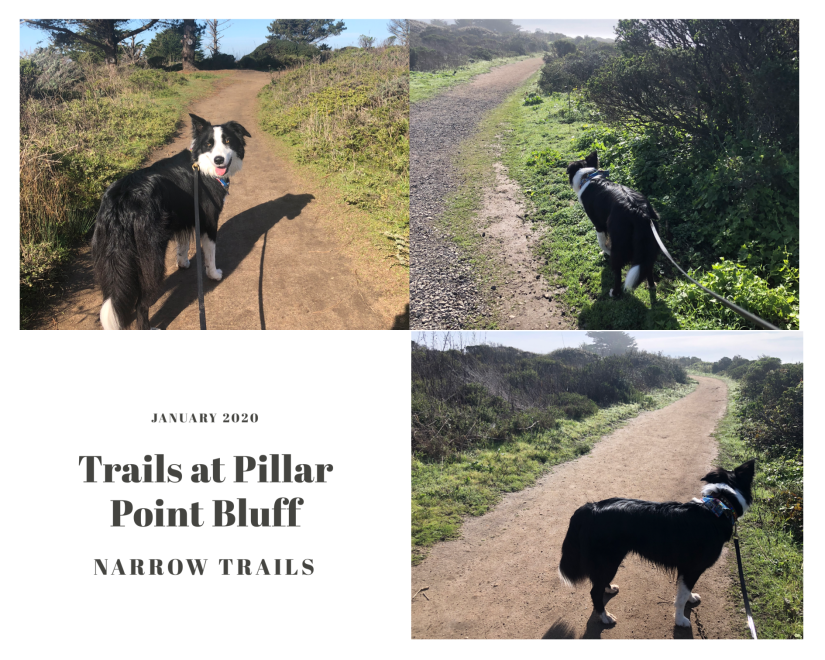 I had a much longer day planned, filled with 3 more hiking spots, however I decided to cut the day short and end the day on a good note. Having Odin pass two dogs while on trial was a very big accomplishment for him. This was way past his current capabilities. I was proud, but I did not want to get greedy and push him too far. He had already seen over 15 dogs during the day (we played at a dog friendly beach in the morning prior to the hike) and I knew how mentally taxing managing his reactivity is for him. When I plan out what trails we hike, I check all trails and go through the pictures other hikers have posted and check the width of the trails and whether there is room to create space off the trails. The pictures for this trail were deceiving and since we did not see any dogs during the beginning of our hike (all the people with dogs were heading towards the water rather than up the bluff) I thought it was going to be a rather isolated hike. When we got to our turnaround point, that was when we saw the 6 dogs almost back to back to back. When we turned around to head back, I made the decision to end on a good note and take this experience as a major win for Odin’s reactivity.